The 6 Most Haunted Places in Peterbrough

If you are planning to spend some time exploring haunted Peterborough, then you are going to need some help in planning just where you need to go! That’s why we have summarised below some of the most haunted places in Peterborough: 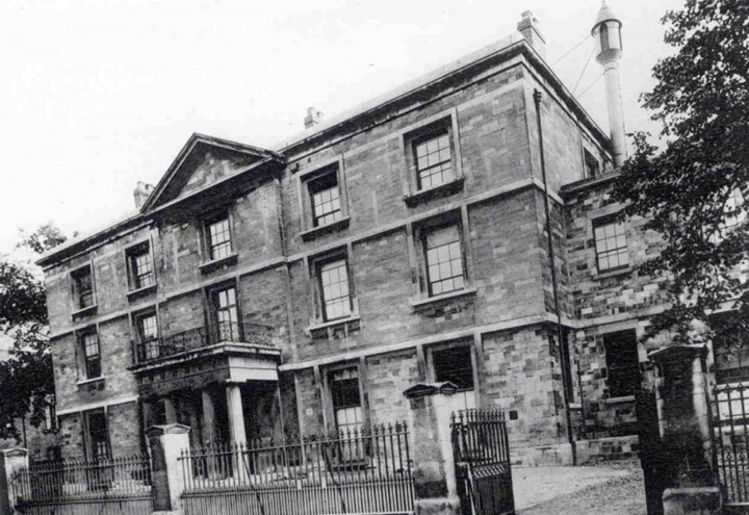 If you are a paranormal enthusiast then it is likely that you will remember Peterborough Museum from its appearance on popular television show Most Haunted which featured the location in 2005.

The museum and art gallery is housed within the Priestgate Mansion which dates back to 1816. It was first built to serve as a private residence for the local Magistrate, Thomas Cooke.

For a large portion of its life, the building actually served as a city hospital, but in the 1930s it was donated to the Peterborough Natural History, Scientific and Archaeological Society who turned it into the museum that it is today.

Back in 1916, when the museum was still a functioning hospital a young Australia soldier by the name of Thomas Hunter passed away while being treated there.

These days his ghostly grey apparition is seen on the stairs of the museum’s first floor. Thomas is fairly amenable, but if you venture into the cellars you might encounter a more terrifying spirit.

Hooded figures have been seen wandering around this lower level and there are frequent reports of strange noises, slamming doors and even objects being thrown around.

Some of the other spooks that are believed to be haunting Peterborough Museum include a little girl, a maid, a Roman soldier, a shadowy man and a lady in a Georgian style dress. 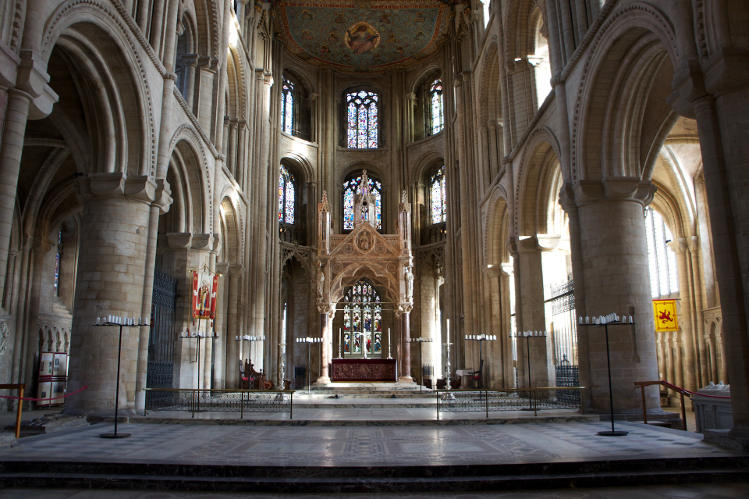 If you decide to take a stroll around the cathedral during your visit to Cambridge then we would warn you to exercise some degree of caution. You never know who – or what – you might encounter! It is often said that the ghost of a little girl can be seen in the first-floor window of one of the houses in the cathedral precincts. The tragic tale connected with these sightings suggests that the young girl was murdered in the room in the 1860s by her own Father.

There have also been reports of a candle seen in an upstairs window at the west front of the cathedral at night. It is said to be the light if a spectral stonemason who is believed to be one of the men who worked on building the cathedral. He died when he slipped and fell from the scaffolding.

Finally, visitors have also reported seeing the ghost of a monk walking across the ruins of the cloisters on one side of the cathedral. Witnesses have said that he looks so ‘real’ or more accurately, corporeal, that they at first believed him to be a real person. He is also known to appear in a doorway that has long since been blocked up with stonework and he then disappears through a locked door leading into the cathedral. 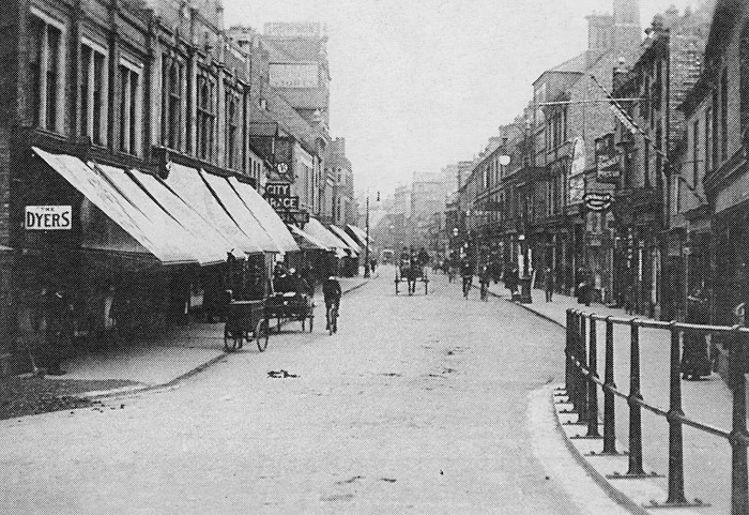 Cowgate tuns through Peterborough city centre and at one time, the old Cowgate Cemetery stood at one end. It stopped being used in the 1890s and was removed completely to make way for the Queensgate development and Bourges Boulevard in the 1980s. It holds the distinction of being one of the very last places in the United Kingdom targeted by body snatchers! This was a fairly common practice in the 18th century into the early part of the 19th century.

Doctors were in need of human corpses to practise on, but these were in short supply since the common religious belief at the time was that the body must remain intact for the Day of Judgement. Body snatchers filled the gap by digging up and stealing fresh bodies from the cemetery to sell to Doctors. The first body snatchers in Peterborough were discovered in 1828 when some men were seen acting suspiciously outside the cemetery gates, loading sacks onto a cart in the dead of night! The alarm was raised and a chase ensued. The men managed to escape, but it is said that the souls of those desecrated corpses now roam Cowgate doomed to spend eternity with no proper resting place.

On a related note, the Queensgate Shopping Centre which sits where the cemetery once stood is said to be haunted by a young child with giggling and running footsteps heard at night!

Conington Level Crossing can be found just outside of Peterborough and it is believed to be extremely haunted – so much so that it is known locally as ‘The Crossing of Death’! If you go back as far as the 1940s. The crossing gates used to be opened and closed by the road user themselves which of course was a recipe for disaster! During the 1940s there were at least two fatal accidents at the level crossing. The first of these accidents occurred one foggy morning when a lorry carrying a number of German prisoners of war was hit by a light engine as it used the crossing. A total of six Germans perished in the accident. The second accident happened on 16th October 1948 when a Colonel Mellows and his pet Labrador were killed on the level crossing. Colonel Mellows’ black Chrysler was hit by a speeding express train on the crossing.

With these traumatic documented deaths linked to the location is hardly surprising that Conington Level Crossing is one of the most haunted places in Peterborough. There have been a number of sightings both of the German POWS and of Colonel Mellows and his faithful dog. Prior to the 1970s, there was a signal box near the crossing. Over the years, a number of frightened signalmen have reported hearing the gates opening and closing of their own accord and also the sound of car tyres on gravel when there is no car in sight. There have even been occasional sightings of a ghostly 1940s style car on the crossing which then vanishes into thin air! 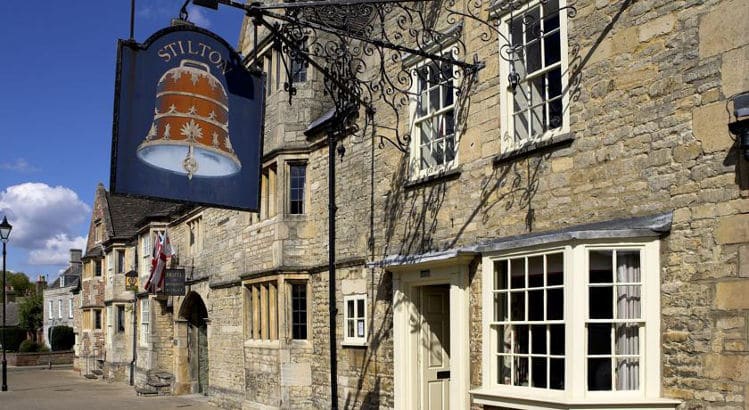 The Bell Inn Hotel is a 17th-century coaching house located on Peterborough’s Great North Road and it is said to be one of the most haunted places in Peterborough. Rumour has it that it is haunted by none other than famed highwayman Dick Turpin!

A dark figure mounted on horseback has been seen in the grounds of The Bell Inn. The entity is said to be particularly active on Wednesdays for some reason and this is when he is likely to be seen wandering the passageways of the inn. Aside from these sightings, some of the other unexplained activity that is common in the Bell Inn Hotel includes kitchen equipment being moved or even disappearing completely only to turn up a few days later in an unexpected place. Guests have reported feeling like they are being watched when nobody is there and also hearing the sound of jangling keys when nobody is in sight! A spectral dog has been spotted on several occasions and guests have also reported awakening to see a dark figure at the foot of the bed. A female spirit in period clothing has also been seen in the corridors from time to time.

It is not entirely clear why people are so convinced that the dark shadow figure is Dick Turpin although this assumption seems to be based on two factors. One is that Bell Inn records indicate that Dick Turpin did indeed stay at the inn for several days right before he was captured. The other reason is that on one occasion in 1962, a fire that had been laid in the room in which Dick Turpin stayed managed to spontaneously burst into flames! 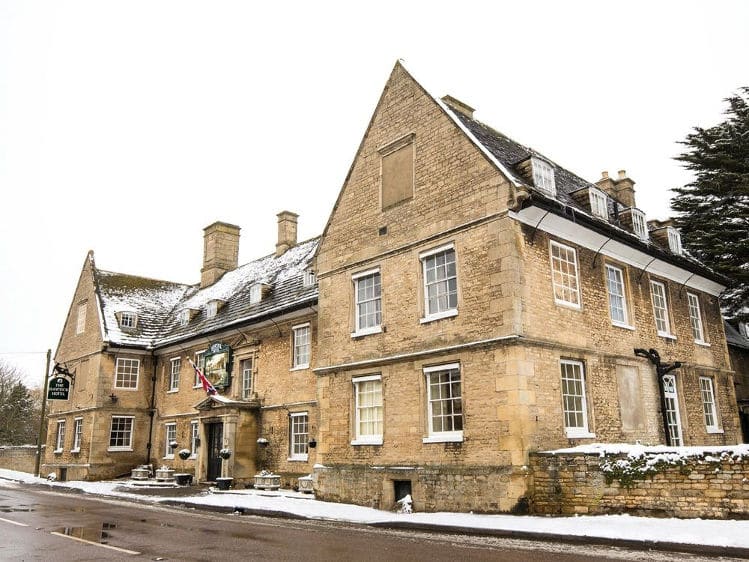 Haycock Hotel is a picturesque, traditional coaching inn which dates back to the 16th century making it one of the oldest coaching inns in the South East. It is well known for having a top-quality brasserie-style restaurant which is often referred to as being one of the best gastronomic experiences outside of London! However, that is not all that the Haycock Hotel is known for – it is also one of the most haunted places in Peterborough! This is probably not a huge surprise given the age of the property, but a number of guests have reported a variety of strange incidents in the hotel. These include sightings of ghostly figures in a number of locations around the hotel, especially the older sections of the building. Plenty of guests also say that they feel as though they are not alone in their rooms at night!

Related Pages: The Most Haunted Places in Cambridgeshire