The 8 Most Haunted Places in Northern Ireland

Northern Ireland shares both the cultures of Ireland and the United Kingdom.

In recent years, Northern Ireland has seen a growing number of tourists who visit the area for festivals, musical tradition, its countryside, its areas of geographical interest, its pubs and its warm and welcoming hospitality.

The area is also one of the locations for the filming of the hit TV series, Game of Thrones and attracts visitors who wish to experience ‘Westeros’ and Winterfell Castle for themselves.

This ancient land is also the setting for a huge catalogue of paranormal reports, ranging from banshees and warriors to ghosts sitting cafes. Northern Ireland it is also the scene of what is described as a ghostly ‘date with death’. The list of unexplained happenings across the entire county is endless; therefore it’s the ultimate location for a ghostly visit!

Let’s take a look at 8 of the most haunted places in Northern Ireland: 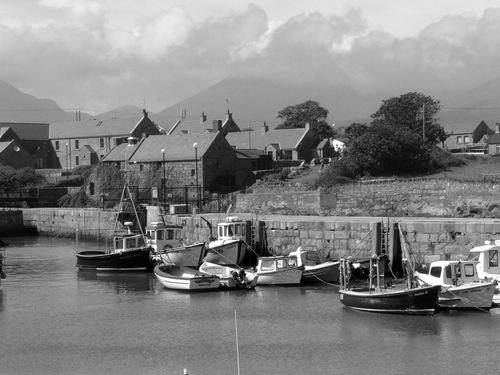 Newcastle Harbour, on County Down’s coast is a hot spot for sightings of the paranormal kind. Home to many legends, the area is said to be haunted by a banshee, a spirit in Irish mythology, who walks silently among the boats resting in the harbour. The appearance of a banshee is said to herald a death and although no deaths have been directly linked to her sighting, locals claim that this manifestation of a small woman shrieks and wails with a high-pitched voice.  Overlooking Newcastle Harbour is Bogey Hill. In 1843 there was a fishing disaster whereby many local men were drowned. A woman, dressed in black is said to stand on the hill, looking out sea, sobbing. There have also been sightings of a the ghost of a man dressed in a smart, black suit and in the St. John’s Church, a large, black dog with eyes of blazing fire and gleaming white teeth has been spotted. 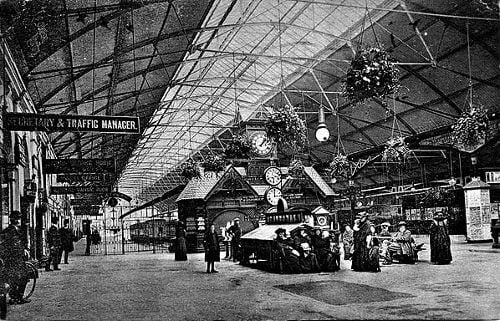 Railway stations appear to be a favourite spot for spirits to frequent and at Belfast’s York Road Railway station, there have been a number of reported sightings and it’s yet to be established if it’s the same figure being seen by witnesses. A ghostly figure has been reported as sitting in the station’s canteen at night, which is locked by staff at closing time. There have also been reports of a figure that may possibly be the same one, but this time spotted in the station’s running sheds. There is a story that there was once a bungled wages snatch attempt at the station and that during the attempted robbery, a man was either shot or beaten, eventually dying from his injuries. Could these sightings be that man? Staff at the station working the night shift has reported hearing disembodied footsteps. Who knows? 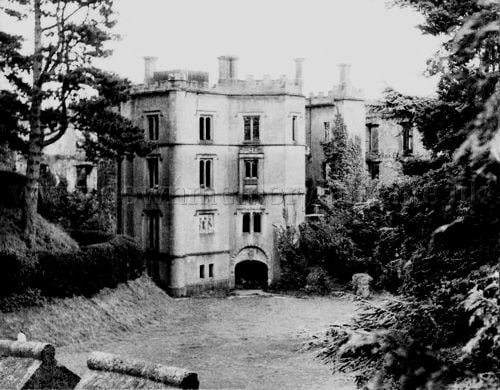 There are a number of hauntings that are reported to occur at Antrim Castle. A coach, that is pulled along by a team of four horses is said to appear on 31st May each year. The apparition is then said to sink into the pond at the castle, drowning all on board. At the gates of the castle stands a wolfhound made from stone. The story is that the hound was once real, made from flesh and blood. The dog is said to have given warning of an advancing attack upon the castle before turning into rock. Was it the work of a witch or wizard? Nobody seems to know but it now stands in its current form at the castle gates, safeguarding the family name of Clotworthy and legend says that it may never be removed. There have also been reports of unexplained heavy breathing by those that have visited the castle.

The island of Rathlin sits three miles of the coast of Northern Ireland and is home to the ruins of what is known as Bruce’s Castle. It is said that ‘King of the Scots’, Bruce and his faithful warriors went into hiding on the island, following a defeat by Edward I’s army in Scotland. Bruce and his men are said to be under the spell of an enchanted sleep in a cave on the site where the castle stood. The story is that once they wake, they will rise up and unite Rathlin to Scotland. A far more recent story linked to the island is that of a group of fishermen who settled down in the cave for a break. Lighting a fire and making tea, they used a large, flat boulder in the centre of cave as a make shift table and placed their cups on it. As one of the group members began to pour the tea, a hand appeared out of the darkness, placing another cup on the boulder. All men saw the hand but dare not look up at their guest. Once the extra cup was filled, the mysterious hand grabbed the cup and withdrew, back into the darkness. 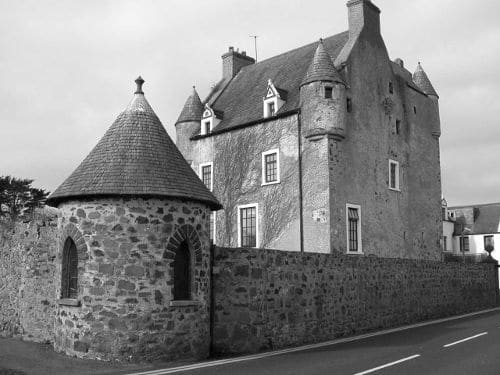 This baronial castle overlooks the sea and its cylindrical tourelle’s with conical roofs have contributed to the castle being dubbed as ‘a living postcard’. Built in the 17th century, it is now a hotel but not just any hotel, one of the most haunted places in all of Ulster. With its high walls, steep roof and musket holes in its five feet thick walls; it was most certainly built as a defensive building.

A number of ghosts walk the castle’s corridors including that of Lady Isobel Shaw whose spirit is said to be the most active. She is known to knock of the doors of the rooms and then disappear. Her story is tragic as it is said that she fell to her death from a window after being locked in her room by her husband to starve to death. Another ghost who is said to roam the castle is that of Madame Nixon, who lived in the hotel in the 19th century. She can be heard walking around the hotel in her silk dress.

Other reports from guests have included waking up in the middle of the night as if they were at home then suddenly it dawns on them that they are in the castle. Then the sound of a child running around the room, laughing but nothing could be seen. A manager of the hotel has also reported setting up a room for a function, locking the door only to return to the locked room in complete disarray with unfolded napkins and glasses looking as if they had been used, place in a circle on the table. Mediums who have stayed at the castle claim there are more ghosts than there are guests staying at the hotel. 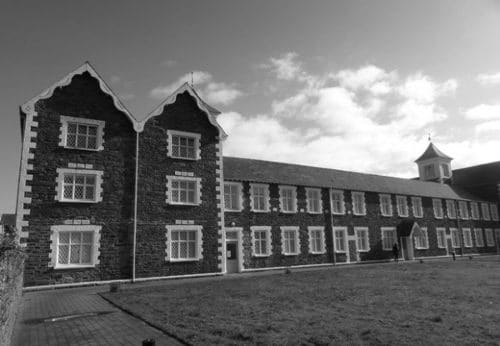 At this spot, an apparition has been caught on camera. A security guard was photographing the building one night when he captured a strange figure. The image has been described as authentic by Paranormal Society Ireland. In the same spot, there have been reports of the sounds of crying babies and sightings of men and women in uniform. 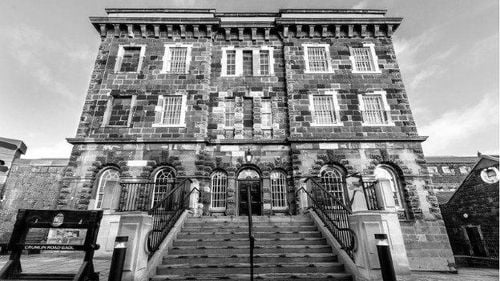 Crumlin Road Gaol was built to house the city’s criminals back in 1845, the gaol was a working prison until 1996. Since then it has opened as a visitor attraction and has many visitors, both of this world and of the other! A visitor laid down in a coffin for a photograph and later saw that it had captured the image of a strange face, next to his. The prison is also said to be the home of a phantom man who has been seen walking along C wing along with the unexplained voices of people unseen.

If you’re thinking of ‘popping the question’ while visiting here, beware. Very recently a couple visited the area and while there, the man proposed to his partner. Seconds later, they both heard a terrifying scream, causing their ears to ring for hours afterwards. Legend says that Ossian only lies, resting, in his grave, waiting for the right moment at which to rise!

Most Haunted Hotels in Northern Ireland