The Ghosts of Blickling Hall

Sir John Fastolf of Caister originally owned Blickling Hall. He became a rich man on account of the Hundred Years’ War, and his coat of arms can still be found displayed in the hall.

After his ownership (which lasted from 1380-1459), Blickling became the property of the Boleyn family and the home of Sir Thomas Boleyn and his wife Elizabeth from 1499 to 1505. People believed that their two children, George and Mary, were born in the hall.

The couple’s most famous daughter, who would later become a queen, Anne Boleyn, was born before 1505, and people also believe that she, too, was born in the hall.

The current Blickling Hall, which people see now, was built on the ruins of the property owned by the Boleyns. Robert Lyminge designed the current structure in 1616, an architect of the Hatfield House.

During the Second World War, the house was requisitioned, and it served as the Officers Mess of the RAF Oulton. The house and the entire estate were then passed to The National Trust.

The house was de-requisitioned after the war and was let to tenants until the year 1960. It was finally opened to the public in 1962 and was renamed Blickling Hall, Gardens and Park and has remained open and in the care of The National Trust to this day. 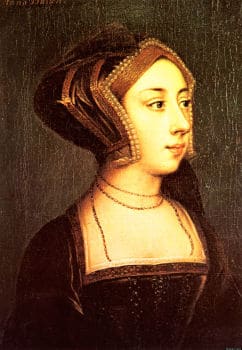 Anne Boleyn is undoubtedly Blickling Hall’s most famous ghost. She is said to have been seen dressed all in white, carrying her severed and dripping head as she arrives by coach, also driven by a headless horseman and four headless horses, to the hall. She glides into the hall and rooms, the countless corridors until daybreak. You can read more on Anne Boleyn’s Ghost here.

Another ghostly inhabitant of Blickling is Anne’s father, Thomas Boleyn. He engineered his daughter’s marriage to England’s monarch. It is said that because of his wrongdoings, he lost his daughter and his son, and as penance, he is required to cross a dozen bridges before cockcrow for a thousand years. His route is from Blickling to Aylsham to Burg to Buxton Coltishall to Meyton to Oxnead and finally to Wroxham.

Just like his daughter, he was also beheaded, and he carried his head under his arms. A flame is also said to gush from his mouth instead of blood.

The headless apparitions of the Boleyns are supposedly not the only ghosts that haunt this splendid mansion. Sir John Fastolfe, the 15th Century knight on who Shakespear’s Falstaff was based, is said to haunt Blickling hall. He has been seen throughout the building. There have also been reports of the “Grey Lady” floating through walls.

Most of the activity centres around May 19, the anniversary of Anne Boleyn’s execution. 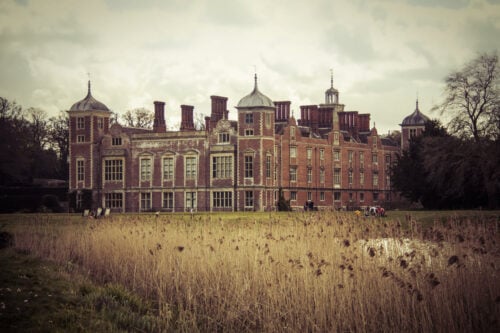 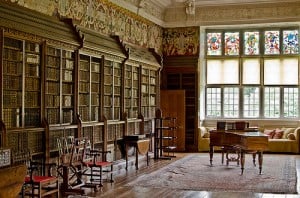 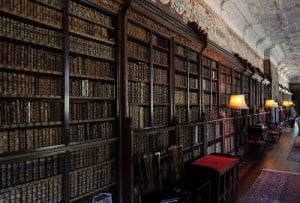 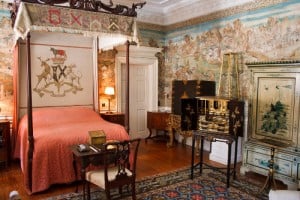 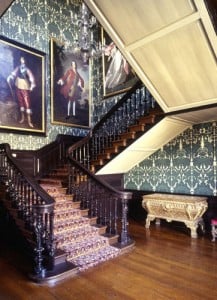 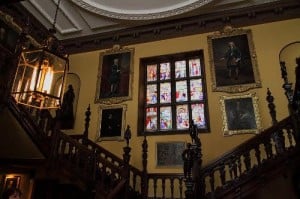 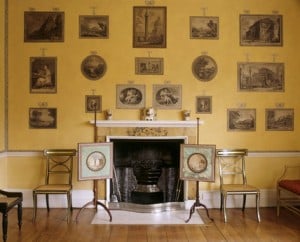 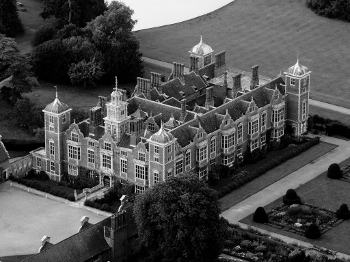 Immerse yourself in the history of this Jacobean house year-round as you wander through rooms of the hall, which are decorated to the season. See the nationally recognised Long Gallery Library or step back in time with its 1930’s cooks. The house is open daily from 11am – 3pm.

The gardens are open daily, too, from 10am – 4pm, and there’s a variety of on-site eateries and a shop selling a wide range of treats and gifts to commemorate your trip.