Because of the reported spectres seen and experienced in the house, it has been investigated by various paranormal researchers, including such television shows as Most Haunted and the US series ‘Ghost Adventures’.

One popular legend surrounding the Ancient Ram Inn is the witch burned at the stake. She was burned at the stake in the 1500s. It was prosecuting people who did not believe and practice Christianity as sanctioned by the government.

It is widely believed that the redirecting of water on the Ancient Ram property caused a portal for dark energy to open up. The past owner, John Humphries, attested to the spectres which have made the house their home.

During John’s first night, he claimed to have been grabbed by the arm by a demonic force and dragged from the bed across the room.

John found evidence of Devil worship and ritual sacrifice too. He discovered the skeletal remains of children just under the staircase. Broken daggers were also found within the skeletons.

Until his death, he claimed to be haunted and regularly attacked by various entities in the house. There have been many sightings of previous owners of the inn seen residing and sitting together with the patrons of today’s time.

One of the most haunted rooms in the entire inn is called “The Bishop’s Inn”. The room is found on the first floor of the house.

When the inn was still a bed and breakfast, many guests would not want to sleep in the room. Some who did sleep ended up fleeing in the middle of the night. It is said that the ghost of a monk haunts the room regularly.

The ghost of a centurion on horseback has also been spotted. It is said that the plumber who saw the apparition was startled out of his wits when the apparition went straight through the wall. There is also talk of a succubus that creeps into the beds of sleeping visitors.

The inn was built in 1145. Priests used the inn years ago to keep slaves and workers who helped construct the St. Mary Church. In 1930, the inn was bought by Maurice de Bathe. Since then, the inn has become private property, changing hands several times.

The land where the inn is built is at the intersection of 2 Ley Lines. These are places that people believe in having high spiritual energy. When you use a map, you can trace the lines through the centre of Stonehenge. According to legend, Stonehenge has an energy that travels through the Ley Lines to feed the paranormal power found in the Ancient Ram Inn. Furthermore, an ancient Pagan burial ground is reported to have resided in the location over 5,000 years ago. 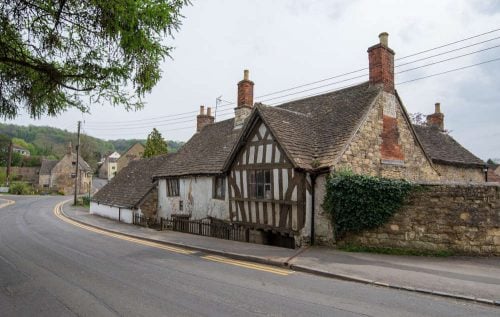 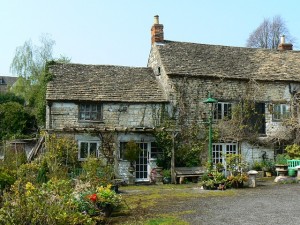 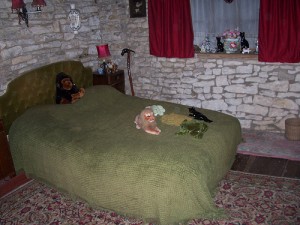 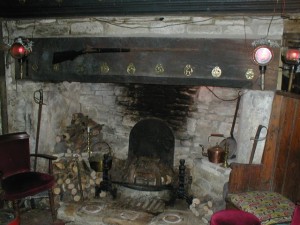 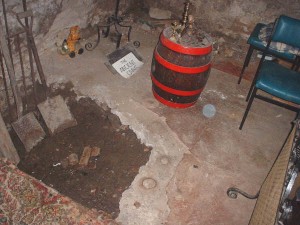 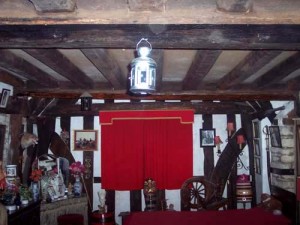 The Ram Inn is private property, any tours need to be booked in advance. You can contact the owner on: