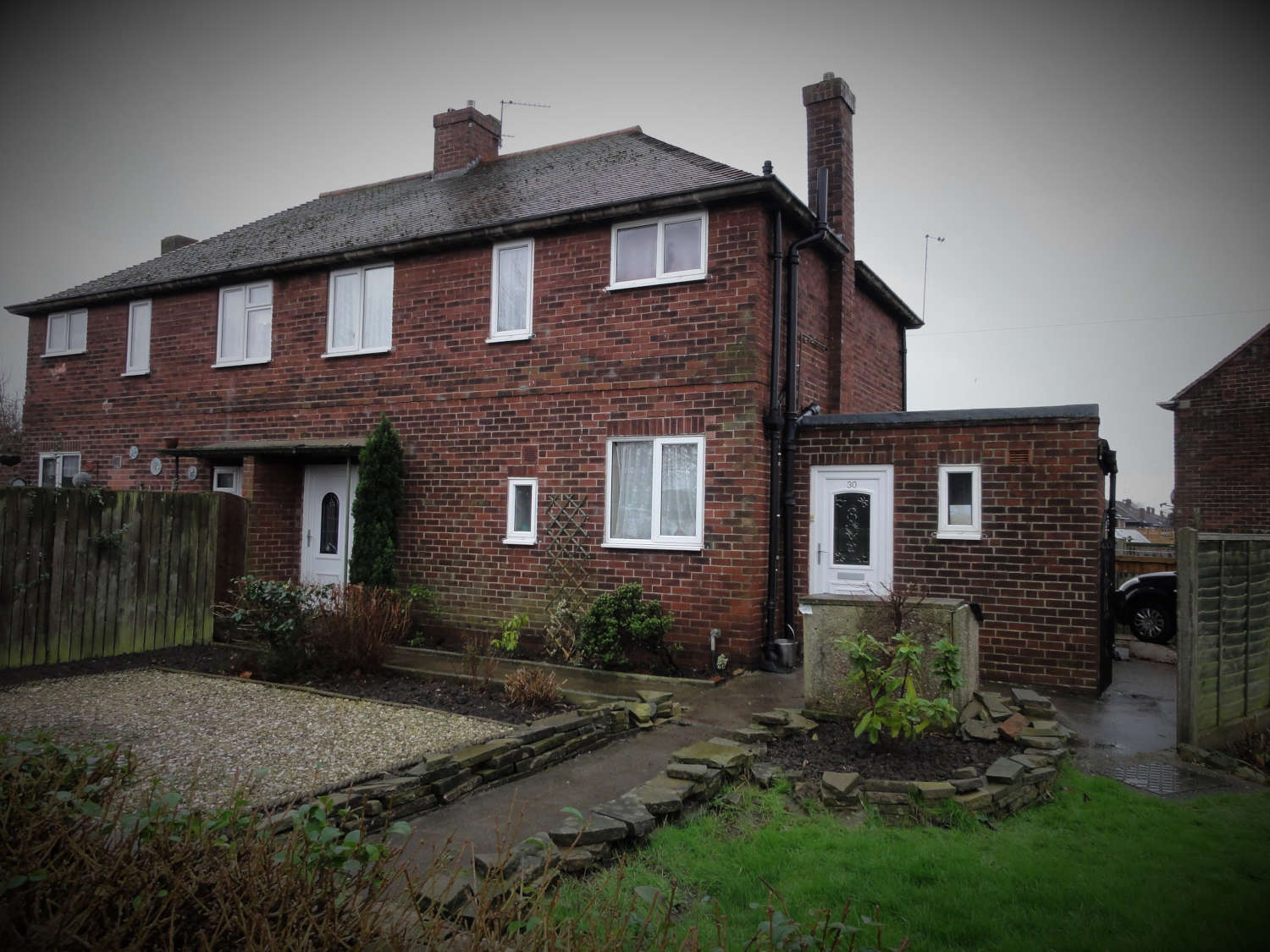 From the outside, number 30 East Drive in Pontefract looks like any other house on the street. It is a modest 3-bedroom semi-detached council house circa the 1950s. However, it has a sinister side hiding within.

This house is the domain of a somewhat malevolent entity who has come to be known affectionately as ‘Fred’ or sometimes ‘The Black Monk’. He is believed to be the most violent poltergeist in Europe and he has been making his presence known for more than fifty years!

The History of East Drive

Fred’s story began in August 1966 when the Pritchard family moved into their new house. When the parents, Jean and Joe, were away on a short break over the bank holiday their teenage son Phillip and his Grandmother witnesses the first of many strange occurrences that would happen in the house.

They saw a fine layer of chalky dust fall from mid-air and settle on every surface. They were both insistent that it had not fallen from the ceiling but around shoulder height.

When they called on Phillip’s auntie to come and help clean up the mess she discovered an unexplained puddle of water on the floor. Every time she tried to mop up the water a new puddle would appear before her very eyes!

This would be the start of a long list of strange phenomena including lights going on and off, the tea dispenser activating by itself, cupboard doors shaking, plant pots ‘jumping’ out of their pots, items levitating and photographs being slashed by some invisible blade.

Jean Pritchard refused to be run out of her home and called in several clergymen to try and help her rid the house of this entity. However, Fred seemed to simply laugh in the face of any attempt at an exorcism.

During attempts, holy water would appear seeping out of the walls, clergymen had their faces slapped or were pushed and a pair of ghostly hands would appear floating in the air and ‘conducting’ the hymns used to try and expel him.

For the most part, Fred’s antics seemed harmless and mischievous. For example, he once slowly poured a full jug of milk over the head of a disbelieving relative of the Pritchard’s which both Philip and his little sister Diane found very amusing.

However, Fred’s behaviour eventually took a more sinister turn. He began to focus most of his attention of Diane and she was frequently left with scrapes and bruises.

On one occasion Diane was even grabbed by her long hair and violently dragged backwards up the stairs kicking and screaming the whole way. Afterwards, the girl was understandably traumatised and she was left with visible finger marks around her throat.

Who is The Black Monk?

Over the years there have been many different explanations given regarding who this entity is. He was known to the press as ‘Mr Nobody’. The family called him ‘Fred’ and in time he came to be known as ‘The Black Monk’ largely because when he has appeared as an apparition he appears to be dressed in long black robes.

One of the most popular explanations suggests that there was a Cluniac Monk hanged across the street for raping and murdering a young girl. His body was then discarded down the well that sits under the lounge of 30 East Drive.

However, other theories state that there were never monks in the area and that the name simply derives from his appearance. One researcher claims that ‘Fred’ is the twin of a murderer and was blamed for his brother’s misdeeds resulting in his restless spirit seeking revenge.

There seems to be more than one entity residing in 30 East Drive as well. Aside from Fred, there is also said to be a young girl, a boy and an elemental spirit. Some have speculated that the elemental spirit is controlling the other spirits in the house.

The property is now owned by movie producer Bill Bungay who decided to buy the house after making his movie ‘When the Lights Went Out’ which was based loosely on the Pritchard’s’ experiences. Originally, he just thought it was a cool marketing technique to have a premiere in the house that inspired the movie.

He was sceptical about Fred’s existence and believed that if he had ever been there then he was probably long gone. However, a string of strange experiences has now changed his opinions of the house!

The house is now looked after by the next-door neighbour Carol who has had more than her fair share of brushes with the poltergeist herself. She claims that after a period of relative calm, activity in the house started up again shortly before the Pritchard’s sold the house to Bungay.

30 East Drive is now open to visitors, although the owners do not recommend staying the night and will even try to discourage you from doing so. The website clearly states that this is not a traditional bed and breakfast and visitors will not be covered by insurance if they choose to visit.

You might think that this is not the smartest of business plans, but the waiting list is long and the house is booked solid up to a year in advance as avid ghost hunters clamour to spend the night in the property and get the chance of their own encounter with the black monk.

There are of course some house rules. All visitors must sign a waiver releasing the owner of liability, alcohol is forbidden as is the use of Ouija Boards. The owners also request that no visitors attempt an exorcism on the property. Not that it would work anyway, but it tends to make Fred mad!

Some of the house rules pertain directly to Fred himself. He prefers the kettle to remain unplugged but filled when not in use and visitors are asked to respect that to avoid incurring one of Fred’s trademark destructive tantrums!

Even after more than 50 years, the entity that lives in 30 East Drive is anything but dormant. The official website currently lists almost 300 ‘happenings’ reported from visitors, but there are many more. It seems that there are few visitors who do not have personal experience here. Common types of activity that are reported include foul smells, disembodied voices, scratches and other physical attacks, unexplained light anomalies, nausea and shadowy figures.

Fred’s favourite party trick is moving marbles around. Not only will he roll them or throw them, but they sometimes appear to drop through the ceiling or appear out of thin air. Some visitors have even claimed to have had marbles appear in their homes and other locations after leaving East Drive! Keys are also a favourite trigger object for Fred. One of the things that happened to The Pritchard’s originally was that a bunch of old keys dropped down the chimney. These days Fred will often steal unattended keys and on one occasion the house keys showed up inside the vacuum cleaner – which does not work and is simply a prop! The paranormal activity is not just limited to the house either, neighbours also report the shadowy figure in their gardens and have experienced mild activity in their homes.

Fred has also been known to have violent and destructive outbursts from time to time, presumably when he is offended or disrespected. On one notable occasion, the bed in Diane’s old room was destroyed and the room trashed at around 4 am on a night when the house was unoccupied. The kitchen has also been found in a state of disarray on occasion.

The house continues to attract teams of paranormal investigators from all over Europe and has featured on many paranormal television shows including Most Haunted and Paranormal Lockdown.