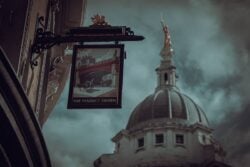 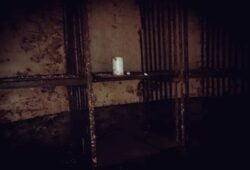 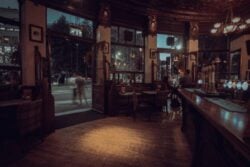 Join Haunted Rooms on a full night of paranormal investigation at The Viaduct Tavern, one of the most notoriously haunted locations in London!

Ghost Hunt at The Viaduct Tavern

Join Haunted Rooms for a full night of paranormal investigation at one of the most haunted pubs in London!

The Viaduct Tavern is one of London’s most historic boozers, being the capital’s last remaining example of a Victorian gin palace, fitted with dark mahogany furnishings, exquisitely detailed ceilings, and Renaissance-style art adorning its walls.

It’s ominously located across the street from the Old Bailey, directly opposite the fountain where thousands of hangings took place. The pub itself was built on the foundations of the “Giltster Compter”, a debtors prison that operated from 1791 to 1853. The cells of which are still accessible in the pubs’ cellar!

There have been numerous paranormal claims emanating from these cells. The most alarming of which occurred when a former landlord was down there alone one evening. He was in one of the cells when the door aggressively slammed shut, all the lights went out, and a voice whispered, “There’s just two of us down here now”. He was eventually rescued by his wife after she heard his cries of terror, but the story sticks in the minds of many who are brave enough to venture here. Will you be able to handle being locked down here for a lone vigil?

On the ground floor and upper floors, reports of poltergeist activity are rife, with objects being thrown, and people reportedly being touched. In one instance in the late 90s, two carpet fitters were preparing an area, when the roll of carpet they were fitting suddenly rose up into the air, slamming back down to the floor with a thud.

What to Expect from a Ghost Hunt at The Viaduct Tavern

After a brief introduction and tour with the lights on, we’ll split off into small groups to begin our vigils in the most haunted areas of this historic building. We will be providing paranormal equipment for you to use at times throughout the night, and if you have any of your own you’re welcome to bring that along with you.

If you’re feeling particularly brave then we encourage you to give our Ouija boards a try, as well as joining in with our table tipping experiments as we try to commune with the spirits that haunt The Viaduct Tavern.

To see if you can contact one of the former inhabitants of the cells, whose agonising screams are often heard, you’ll have the opportunity to spend some time alone in the cells.

Throughout the evening we will be taking short breaks where you have the chance to grab a hot drink or snack.

Spots are likely to fill up fast for this, so don’t wait and book now!

Access & Parking: There is no designated parking for the venue, though there are 24/hour car parks nearby. The closest would be Smithfield Car Park which is just 5 mins walk from the Viaduct. Fees are between £7 – £8 for 7pm – 2/3am.

St Paul’s Tube Station is just 3 mins walk away, and there are two bus stops within 2 mins walk.

Accessibility: The location is not wheelchair friendly and may be difficult for those with mobility issues as we will be using stairs, some are narrow and steep.