The Langham Hotel in London is a stunningly luxurious 5 star hotel, often referred to as the ‘original’ grand hotel. But in its sumptuous rooms lies a darker secret – the Langham is thought to be the most haunted hotel in all of London…

The hotel was first built in 1865, and with nearly 500 rooms and suites it’s really not surprising that a number of ghosts have been seen regularly at the hotel. The paranormal activity at the hotel became apparent when it was owned by the BBC, when it was discovered that there were at least five ghosts that make regular appearances at the hotel.

The most active of the ghosts at the hotel is said to be that of a German prince or nobleman who was thought to have met his death when he threw himself out of the window of an upper-storey room. Guests have seen his ghostly form moving through walls and closed doors and he is often accompanied by a sudden drop in temperature.

Room 333 is supposed to be the most haunted – ghost-story.co.uk has this story. “In this room a BBC newscaster woke up to see a florescent ball of light which slowly took a human shape. The apparition hovered two feet above the floor the lower portion of its legs missing, it was dressed in extravagant Victorian evening wear. The announcer tried to communicate with the ghost asking what it wanted, the spirit slowly started to move towards the newscaster arms outstretched eyes empty.

The announcer fled in distress to the safety of his co-workers and told them of his encounter, a colleague accompanied him back to his room. The ghost was still there when they entered, but appeared less visible and less threatening before slowly fading away. Other BBC staff reported seeing the apparition in the same room, though only in October.”

Most recently during the England cricket teams’ stay at the Langham, reports surfaced that some members of the team where having trouble sleeping in the rooms, with some wives refusing to even stay in the hotel. England’s bowler, Stuart Broad recounts one experience during his stay that forced him to move rooms.

It really freaked me out. I ended up asking to move rooms. Bealey (Broad’s girlfriend) was pretty spooked, too, and I know Moeen Ali’s other half won’t stay there because she’s so frightened of the ghosts.

Ben Stokes has had some problems sleeping as well. He’s on the third floor, which is where a lot of the issues are. I’m telling you, something weird is going on.” – Daily Mail

When opened in 1865 the Langham immediately became London’s first purpose built grand hotel, and since then has enchanted its guests and visitors with splendour and luxury that far exceeds expectations. The Langham was recently restored, following an £80 million restoration programme that took five years to complete. Now, the old personality of the Langham has been re-captured and you truly get a sense of what the Langham would have been like nearly 150 years ago.

The Langham boasts nearly 500 rooms and suites in a number of price classes – classic, grand, classic executive, classic family room, grand executive, suites and even a one-bedroom apartment. Many of the rooms have been newly designed and decorated, and all of the rooms and suites have a classic design, with elegant finishing touches and furnishings. Your luxurious stay at the hotel doesn’t end in the room, however. Albert Roux and Michel Roux Jnr are working together for the first time in 19 years at the Roux at the Landau, bringing together their culinary expertise and flair to create stunning menus that are full of their usual French flair and creativity.

Roux at the Landau is open daily for breakfast, a la carte dining and for lunch and dinner set menus. There’s also a state of the art Chuan Spa, with a huge swimming pool and a TechnoGym with numerous weights and accessories, as well as plasma televisions and personal trainers. Weddings, receptions and other events can also be held at the Langham – just contact the hotel for more details.

The Langham is located in the West End, meaning that you’re ideally situated to catch a show whilst you’re in London. You’ll also be close to some of the best shops in the country, as well as some of the best restaurants in the country. If you’re a culture lover, you can visit museums and art galleries, and if you fancy exploring some tourist destinations, Madame Tussauds and Buckingham Palace are within easy reach. 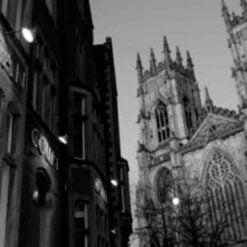