Old Gresley Hall is situated in the remote village of Church Gresley on the outskirts of Derbyshire.

This unique building dates back to the 16th century, The stone that was used to build this old hall was the stone from the old priory that was situated here in the grounds. Ghost hunts here at the old hall can be a truly frightening experience. Many guests have reported being pushed by an unseen presence, some guests have reported a feeling of grabbed. Unexplained and sudden cold spots are also a common occurrence here. This location is a totally derelict and almost abandoned except for the ghosts within. Join the Team as we enter the haunted area of Derbyshire and welcome you to the old hall as we unlock the doors to paranormal world.

Meet the ghosts of Old Gresley Hall
Gresley Old hall is well known for its many years of hauntings, Many people have reported a young girl dressed in period clothing many believe that she is the spirit of a young maid who lost her life when this location caught fire. There is also a spirit who many report to be a tall angry man who certainly does like to make his presence known, many people get an overwhelming feeling to leave certain areas and refuse to go back this is extremely common in one of the rooms on the second floor. The Attic area is also a very daunting area dark shadows are often witnessed here darting around the doors and standing in corners. Poltergeist activity has occurred here in the attic area.

The History of Old Gresley Hall
Gresley Hall was built in the 1543 with stones from the priory which once stood on the grounds in dating to the 1100’s. In 1795 an unsuccessful China factory was established by Sir Nigel Bowyer Gresley of Drakelow Hall and C.B Adderley of Hams Hall in part of the hall In the early 1800’s Mr Nadin made common earthenware at the Hall as well as china item. in the late 1800’s it became a farmhouse and was tenanted to many families.

The current house has an array of floors some of which have not been touched since the 19th Century and in the top most attics Victorian signatures and artwork can still be seen on the walls.

A small country house built in various phases from the 1580s to c1710,formerly the seat of the Alleyne family. It was later a tenanted farmhouse before becoming a Miners Welfare Centre in the 1950s. For a short period around 1800 it was home to an unsuccessful china factory.

This Event includes
Working in small groups, participating in Ouija/spirit board sessions, Evp Sessions, Table tipping, seances and many other different techniques. Tea/coffee and light snacks throughout the evening.

Please remember to wear suitable footwear as this location has a lot of stairs and very uneven floors.

This Location is not suitable for people with walking and mobility issues. 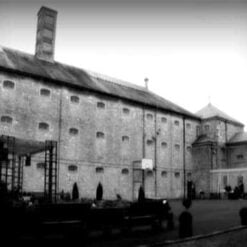 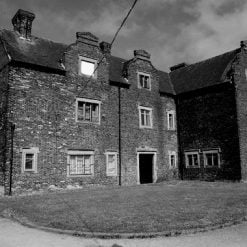 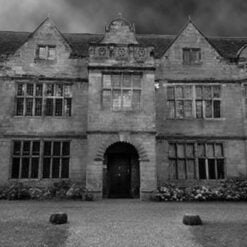